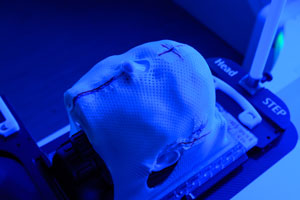 Figure 1. Set-up of the PseudoPatientTM phantom.

Contemporary Stereotactic Radiosurgery (SRS) treatment approaches for the management of multiple brain metastases often utilize a single isocenter, enabling treatment time and positioning uncertainties minimization. However, the increased complexity of the SRS treatment chain introduces challenges in overall spatial accuracy. In this study, the quantification of the spatial uncertainties was performed through a statistical analysis of experimental 3D dosimetric data from 33 patients. Specifically, 208 targets associated with brain metastases were irradiated by 29 commercially available delivery units including the majority of linac vendors.

RTsafe’s PseudoPatientTM head phantoms, designed for patient-specific quality assurance, were modelled based on each patient’s CT dataset, 3D-printed with bone equivalent material and filled with dosimetric gel. The phantoms were treated as if they were the real patients, implementing a realistic clinical protocol. All steps of the treatment chain were simulated in an authentic environment using patient’s set-up equipment, treatment plan, and beam sequence.

The 208 studied targets with diameters ranging from 2.3 to 18mm (median diameter of 6.5mm) were located at distances from the isocenter up to 74mm with a median distance of 37mm. The gel’s 3D dose distribution was extracted by MRI scanning each PseudoPatientTM phantom using specially designed pulse sequences. Experimental dose distribution of each target was compared with Treatment Planning System calculations by measuring the offset between the center-of-masses of the 3D dose distributions. The correlation between spatial offset and distance from isocenter was investigated through the statistical analysis of the results.

Spearman test revealed a statistically significant correlation between overall spatial offset and distance from isocenter with a p-value of 0.018. A median offset of 1.6mm was detected for targets lying >4cm from isocenter (figure2). Offset was slightly increased for targets with diameter. 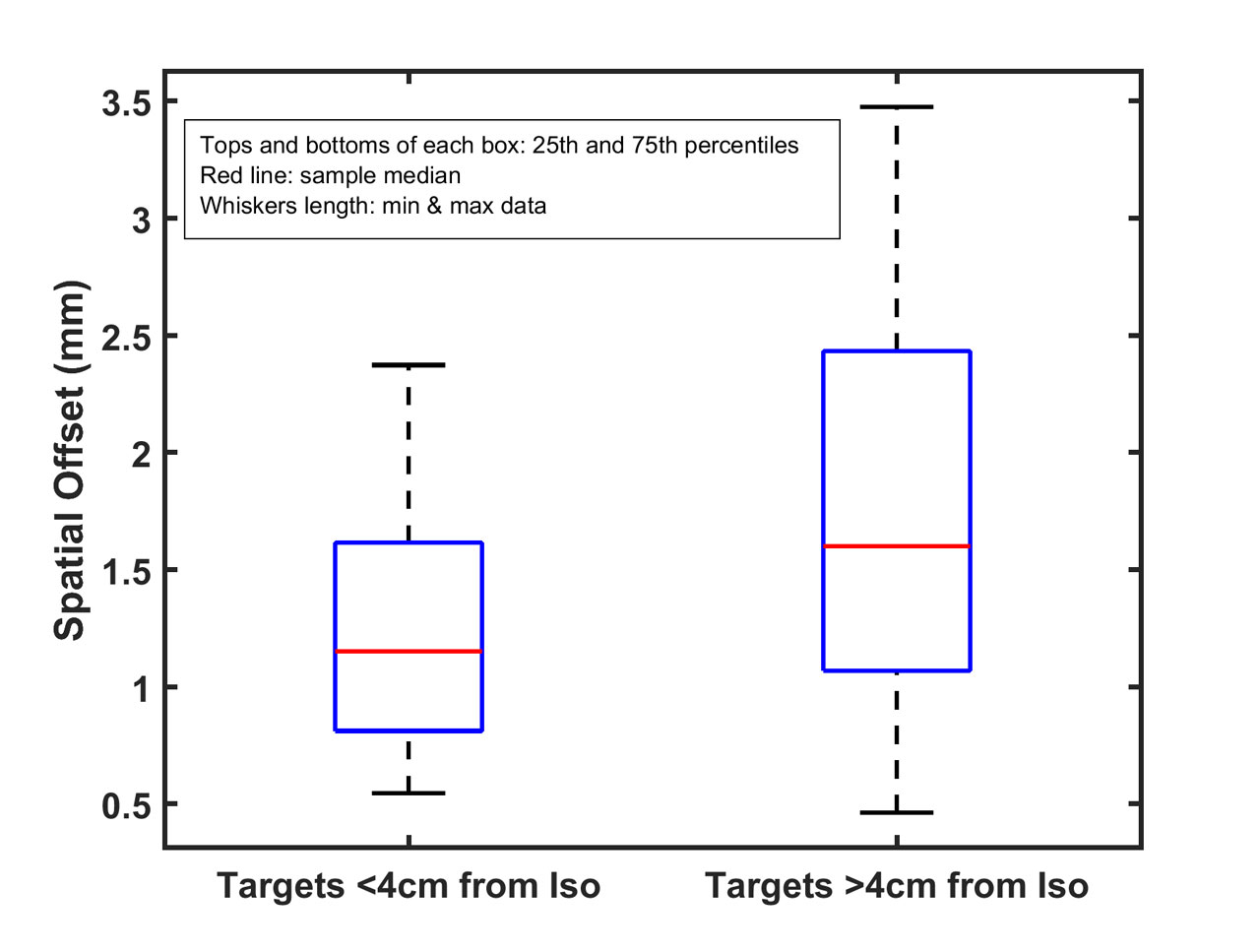